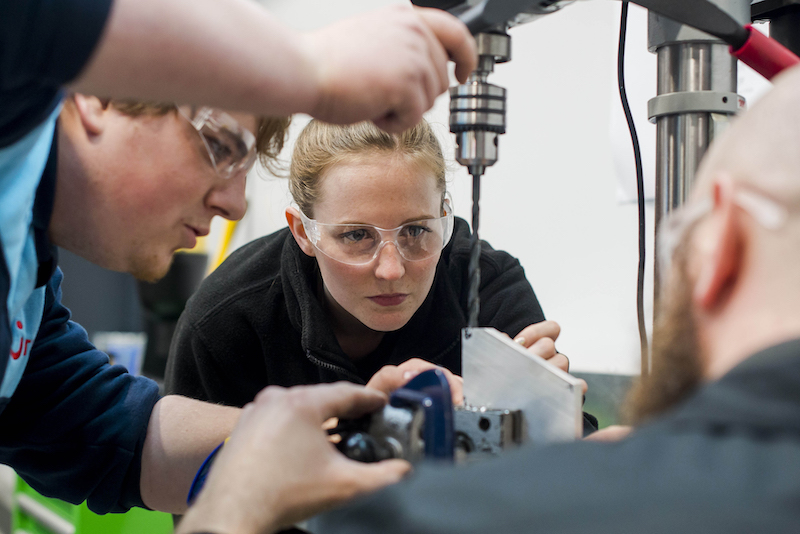 "I wouldn’t say the Engineering industry is male-dominated – I know a lot of women in Engineering jobs, a lot of them are in management positions!"

Not really! I know quite a lot of women who work in Engineering jobs – a lot of them are in management positions and got into them very quickly.

Good problem-solving skills; confidence – you’ve got to put the boys in their place; a good people person, good communication skills and, above all, the ability to be yourself! I’m really quite girly – I like pink, glitter and sparkles.

I’ve always been a hands-on person. I’ve never really got on with theory work and sitting behind a desk, so doing something that allows me to be hands-on and get out onsite really appealed to me. By hands-on, I mean building things, taking them apart, finding out how they work and how to fix them. I like to know how things work; even when I was younger, I used to rip things apart!

Probably the reassembly of items - getting parts and putting them together. You get that satisfaction at the end when it starts to work.

At Stansted Airport College we have the baggage systems in the workshop so we will be fault finding on that, taking it apart, finding out what’s wrong with it and putting it back together. In the workshop we have disassembled the jet engines that were donated; broken them down into component parts and run checks to make sure all the parts were within tolerance before reassembling them.

I work mainly for the whole Airport although it’s divided into three main sections; Terminal, AGL (Airfield Ground Lighting) and the TTS (Track Tram System). Whilst I’m an apprentice we rotate between the three main sections before specialising in one of them at the end of the programme.

MAG is a great employer, they really look after you! I mainly work with the full-time guys - they do a great job of not making you feel like an apprentice. They make you feel like you’re there for training, part of the team - it’s really good! There are females in the team, but they are mainly in management roles.

Yeah, I’m really enjoying it! I actually went to a different college before so I’ve done a lot of the things we’re doing now, but it’s good to recap as I’ve been out of it for a while. I worked at Stansted Airport in Security. An apprenticeship is definitely for me, I want to be in work! I actually got accepted to study a degree in Automotive Engineering at University but turned it down and instead went to work at Stansted Airport. Now I’m doing what I really want to be doing, which is an Apprenticeship, to learn those skills and eventually work back at the Airport full-time.

My day starts at 9.30am, with two hours of self-study. At 11.30am, we have a theory lesson until 2pm and then we’re in the workshop. Every day we have a split day – theory and practical!

The group is split in two, although we work together. There’s the Aircraft Maintenance guys and then there’s Mechatronics Maintenance which is my group. We do anything mechanical, which is pretty much anything that can move. I was drawn more to the mechatronics side.

I don’t mind it, it doesn’t faze me. If anything, I put the boys in their place! We all get on well and I never feel like the only girl in the group – I wouldn’t have it any other way!

I’m not afraid to ask for help; I know I’m not as big and strong as they are. If there is anything I’m struggling with I know they will help me. To be honest, I don’t need a lot of help but if I ever did I know they would be there to help me.

Not at all, there’s always a way to get around things! A while ago I had trouble undoing a bolt on an engine. I got around the problem by fitting a pole to the ratchet so I had a longer lever and that made it easier to get the bolt off.

Just go for it! You’ll never know unless you try. You could start by getting work experience, and then maybe an Apprenticeship? If you want to do some initial research at home, a lot of craft shops sell combustible engines. You can build them and they move like a car engine. When I was young I had a toy car that was powered by salt water. You can get those and have a go at home. That is how I knew this industry would be right for me.

The location; the links with the Airport – we’ve always got employers and guest speakers coming in which is great, and the staff – they are so friendly! 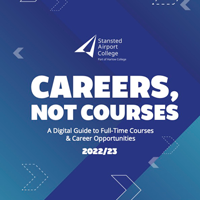