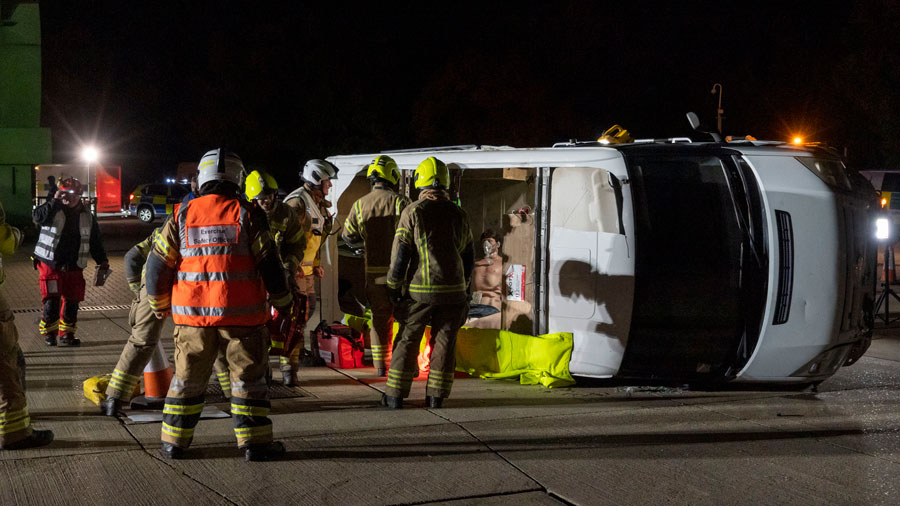 A major training exercise to test the airport’s emergency response to an aircraft incident took place at London Stansted on Tuesday (Oct 4) evening.

The training drill at nearby Molehill Green involved numerous airport organisations and employees, plus fire crews, police and ambulance service personnel from across the East of England, the British Red Cross and local authorities.

Staff and students from Stansted Airport College and Harlow College took part in the exercise, with students playing the part of uninjured passengers, giving them a real insight into how the different emergency services come together to deal with a critical incident like a plane incident.

An assemblage of vehicles including a coach had been arranged at the site to simulate the aeroplane, while several controlled fires blazed. Local residents had been pre-warned about the exercise due to the unusual amount of emergency vehicles and blue lights in the vicinity of the Airport.

Around 75 passengers, played by actors, emerged bloodied and dazed from the incident site before being led to safety by the emergency services.

Survivors were taken to an area of the Airport, used on the night as the Survivors Centre, while relatives and loved ones of the passengers gathered at the College which served as the FFRC (Family and Friends Reception Centre).

Jude, an Aeronautical Engineering student at Stansted Airport College, said: “I was involved in the training exercise tonight as one of the uninjured survivors on board the aircraft. My favourite part of the exercise was seeing the emergency services arriving and how they treated the scenario as if it was a real emergency. It was great to see how quickly they arrived and how efficiently they worked.”

Molly is a Public Services student based at Harlow College. “I also played the part of an uninjured passenger, being escorted away from the aircraft as quickly and safely as possible. Standing in the incident site was actually quite scary because you had the blue lights flashing and fires burning, and everyone was rushing around. It was really quite thrilling. The teamwork between all the emergency services was really powerful as they all worked to support each other.”

Ruth Gray, Deputy Head of Centre at Stansted Airport College, spoke about the experience. “It was a privilege to be asked to participate in the planning and execution of the emergency response exercise last night, which included 40 staff and students from the College playing the part of uninjured passengers at the incident site.

“This unique experience provided the opportunity to see first-hand how the many and various emergency services work in a coordinated approach to effectively manage a major incident and return an international airport to normal flying operations as quickly as possible.”

Adrian Battaini, Business Continuity & Risk Manager at London Stansted, said: "The Civil Aviation Authority requires us to conduct an emergency exercise every four years to test our response to an aircraft incident.

"It gives us an excellent opportunity to continue our work with the emergency services, airport and airline companies and local authorities to see how we collectively respond to a rare but challenging incident.

"The exercise presents a scenario you hope you'll never actually experience in reality, but we're confident we have the plans and procedures in place to handle any emergency situation.

“The exercise began at 7.30pm in an area away from the main passenger terminal, so flight operations were not affected.” 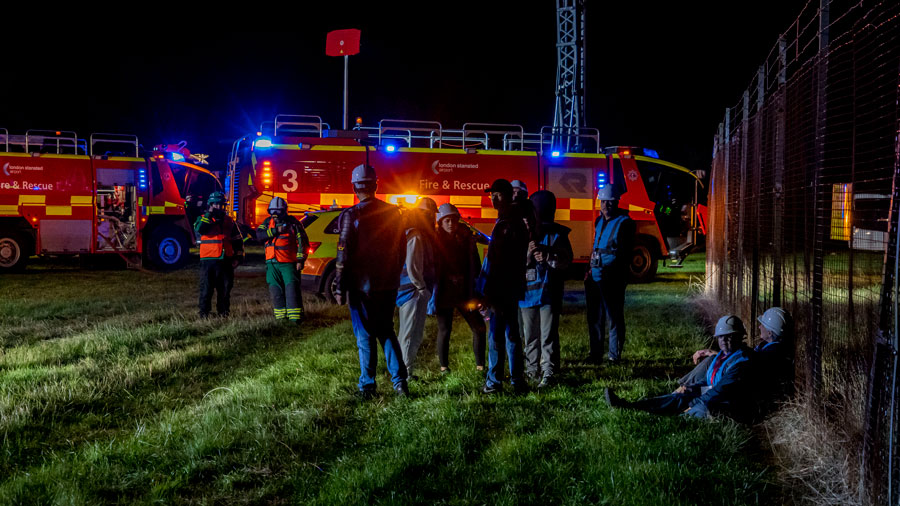 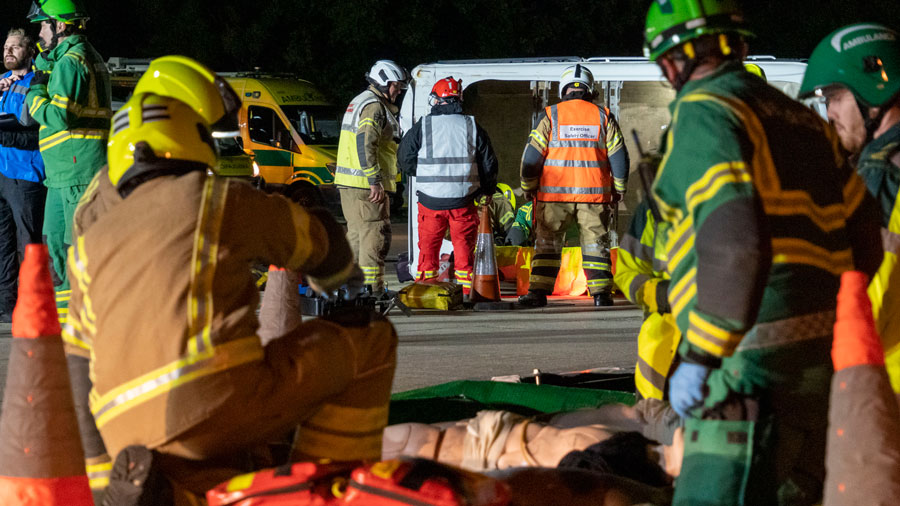 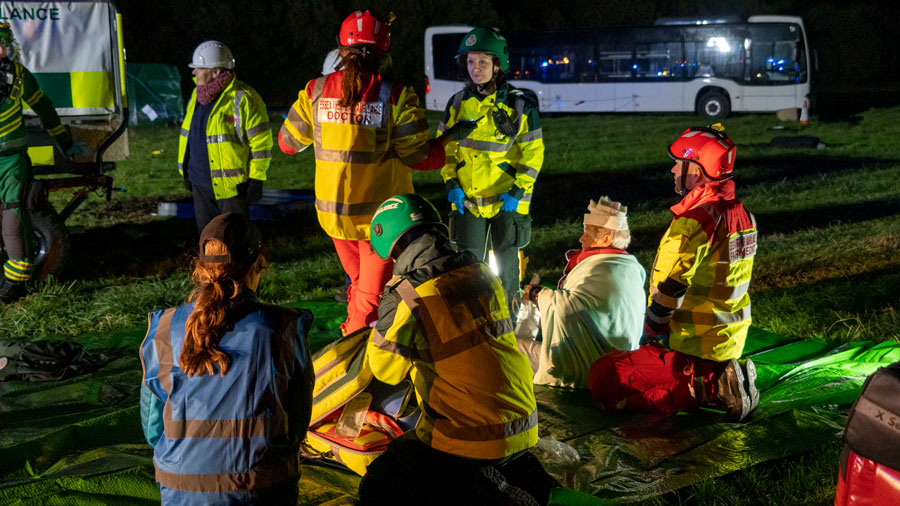 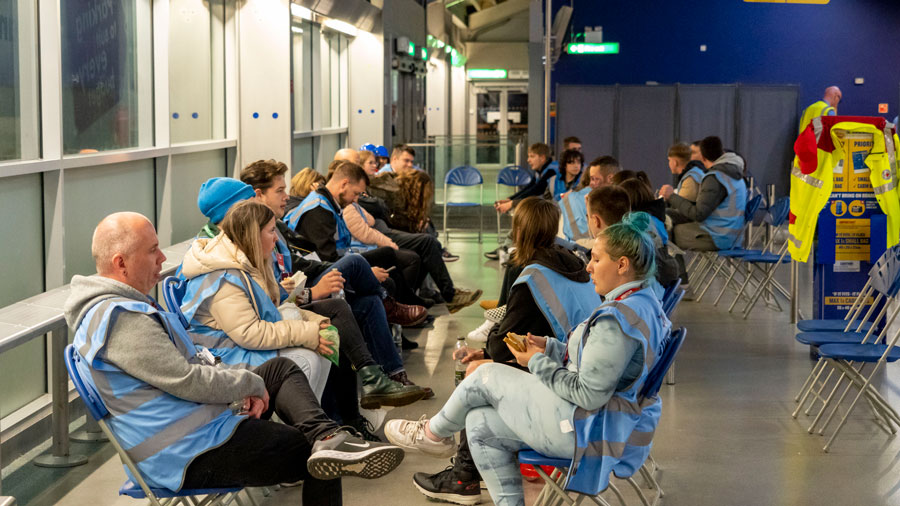 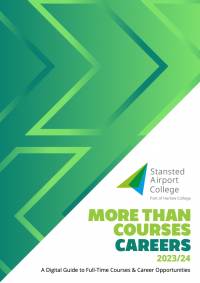